A Kenya Judge who was employed at the age of 34 is now fighting to save his Job after a Female Kenyan filed a Complaint before his employer the Judicial Service Commission (JSC).

On grounds that the Judge at the center of the storm breached the Judicial cord of Conduct by misdirecting himself in issuing orders favouring the defendants against the law.

Through a Kenyan Constitutional Lawyer Dunstan Omari the plaintiff Mary Nyachae filed a complaint with the JSC seeking for the removal of Justice Msagha Mbogholi from office and be subjected to disciplinary mechanism.

Mary Nyachae who was granted anticipatory orders stopping the elections of Kenya National Chamber of Commerce on 22nd January 2020 by Honorable Senior Magistrate Murage which was scheduled to take place at Nairobi Hotel on Friday 24th January 2020, was shocked to learn that the defendants obtained alleged illegal orders allowing them to conduct election on the said date.

The alleged illegal orders were issued by Justice Msagha Mbogholi on 23rd January 2020 past noon, contrary to the procedures of filing applications under certificate of urgencies.

Mary Nyachae in her complaint application filed before Judicial Service commission want, the Judiciary employer to send the said Judge parking on grounds of violating Judicial cord of Conduct and the Constitution of Kenya under articles 165, 168.

Through her Officer of the Court Dunstan Omari the petition is seeking for the removal of Justice Amrraphael Mbogholi Msagha in accordance with articles 168 (1) (b), (d) and (e) of the 2010 new Constitution of the Republic of Kenya.

The Judge is being accused of incompetence, serious gross misconduct, publicly displaying unprofessional behaviour by misbehaving and intentionally, unlawfully breaching the law .

It is alleged that the judge at the center of the storm proceeded to discharge, vary and set aside orders legally issued by the lower Court without giving Mary Nyachae the plaintiff an opportunity to be heard, totally against the alleged procedure.

And it is also alleged that there was no proper appeal procedure against the orders issued by Senior Magistrate Murage, the petitioner through Omari alleged that the said Judge intentionally undermined the Senior Magistrate orders issued on 22nd of January 2020 stopping the elections scheduled to be conducted by National Chamber of commerce, and rendering the application of Mary Nyachae as a shell and meaningless.

Petitioner Mary Nyachae through her Officer of the Court Dunstan Omari filed the petition as the Chairperson of the Women in Business committee of the Kenya National Chamber of Commerce and Industry.

Kenya National Chamber of Commerce and Industry is a business membership organisation registered as a Company Limited by guarantee and not having share capital under the Companies Act Cap 486 Laws of Kenya.

On Wednesday 22nd day of January,2020 Mary Nyachae filed a civil case no 257 of 2020 at the Chief Magistrate Court in Nairobi County Kenya, against Kenya National Chamber of Commerce and Industry and one of its directors Richard Ngatia.

The civil case was filed contemporaneously with an application under a certificate of urgency which sought amongst other things an order, that in the interim and pending the interpartes hearing and determination of the application, as she seeks Court to issue temporary injunction barring and restraining the Respondents either by themselves, their agents or servants from in any manner conducting or causing the conduct of the election of the chairperson of the Women in Business Committee which was scheduled on 24th January, 2020 at Sarova Panafric Hotel, Nairobi at 8:30 am East Africa Time.

The plaintiff was shocked on Thursday 23rd January, 2020 where the defendants in a civil case no 257 of 2020, filed an independent application before the Honourable Magistrate seeking for stay of the orders issued on the 22nd January, 2020.

And again in alleged breach of Court process the defendants contemporaneously filed another Miscellaneous Civil Application no.23 of 2020 before the High Court in Nairobi at 2.47 pm East Africa Time, seeking to challenge the orders of the Senior Magistrate M.W.Murage.

The application sought three principal orders,
there application be certified urgent and
the order issued on 22nd January,2020 by Hon.Murage at Milimani Court Civil Case no.257 of 2020 allowing the respondent application dated 22nd January,2020 be discharged ,varied or set aside to the extent that the meeting slated for the 24th January,2020,in Sarova Panafric Hotel Nairobi at 8:30 am be allowed to proceed as planned.

The complaint heard that the Learned Judge Msagha Mbogholi proceeded to exparte allowing order (b) as captured herein above that the order issued on 22nd January,2020 by Hon.Murage in Milimani Civil Case no.257 of 2020 allowing the Respondents application dated 22nd January,2020 be and is hereby discharged, varied or set aside to the extent that the meeting slated for the 24th January,2020,in Sarova Panafric Hotel Nairobi at 8:30 am is allowed to proceed as planned.

Article 159 (1) of the new 2010 Constitution of Kenya provides that judicial authority derives from the people and vests in, and shall be exercised by courts and tribunals established by the Constitution.

And in article 259 provides that the Constitution shall be construed/interpreted in a manner that promotes its purposes, values and principles and advances the rule of law, human rights and fundamental freedoms in the Bill of Rights that permits the development of the law and contributes to good governance.

The plaintiff through her Officer of the Court Dunstan Omari, want Justice Msagha Mbogholi alleged unprofessional conduct and breach of Judicial Cord of Conduct be speedily investigated and disciplinary measures ruthlessly applied. 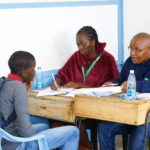 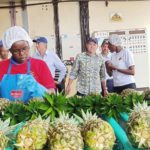 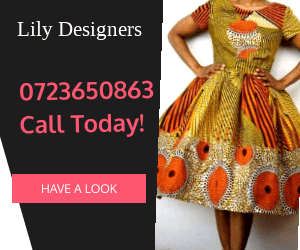